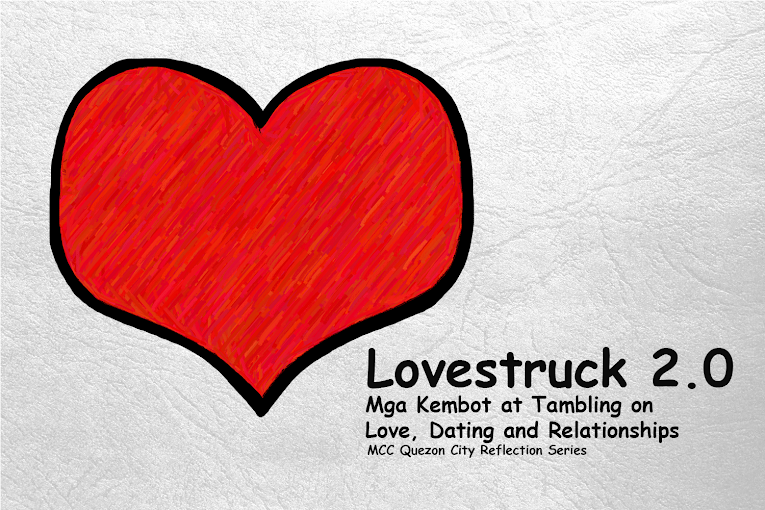 Like the scales of an angry silver and gray carp, the silhouettes formed by the waning moon float over the newly-planted rice fields of Bagabag in Nueva Vizcaya. Shadows of palm trees and lights of tiny houses competed with my thoughts – about my life. Whatever achievements I have done or failures that I have experienced looked like the flashing night-time scenery. The entire countryside buzzing past the droplet-stained window encapsulated in a fleeing interplay of shadow, reflection, moonlight, and florescent, incandescent lamps.

As the cold, packed bus sped closer, kilometer by kilometer to Manila, I felt the pain of loneliness growing stronger. Each yellow kilometer post marking the distance covered seemed like a countdown to facing that loneliness. Yet, I cannot seem to belong to anyone or stay anywhere, not with cliques or clans or choirs. I feel betrayed by my own free-spirit, and yet wanting to belong, unable to embrace itself fully nor escape from it with finality. I have had enough of lessons learned or what the world wants me to know, written in some spatial and experiential hieroglyph. This continues to be my story.

Three weeks to writing this, I had been swimming in one marvelous cove, on Matukad Island in Caramoan.The same beach where several international versions of a series about island castaway-cuthroat voters have been filmed. I swam in awe, surrounded by the beautifully bewildering karst topography mixing in with the green forests glistening on the mouth of the Pacific. Almost month before, I encountered the same karst limestone formations, but under a different setting, in the rapidly developing tourist town of Sagada. Instead of the churning sea, they were surrounded pine trees and trademark houses of the Cordilleras. Thinking about it, Sagada and Caramoan – same rocks – but differing totality of landscapes, and both a magnet for tourists. My travel amiga and I vowed to return to Caramoan, however avoiding it during the summer crunch. We vowed to return with our own respective special friend – which we currently call as distractions. Itaga sa bato, or cast in stone and in our case, the strangest and sharpest of karst.

I have long entertained the idea of meeting someone – another free-spirit in the course of my travels to far-off places, but as it turns out, not by a long shot. You have probably read it in previous articles I had contributed to last year’s series. If you haven’t, I suggest you go to either Caramoan or Sagada. Both areas, by the way, require payment of environmental fees. On the other hand, if you are most able, head to San Francisco and stand on any corner along Castro and look for the gigantic rainbow flag. See it flutter. But ideas such as these, like any silver-scaled carp swimming quietly in a pond, are better when caught, fried and tested. I have recently decided to let my gray hairs come out naturally. As a result, I have beckoned an army of admirers and hunters half my age – strange and young distractions looking for the proverbial father figure or for the gratification of some pornographic dad-son fantasy. Undoubtedly part of the series of lessons learned and the hieroglyphs thrown at me by the heavens. So continues my story.

While I am fascinated with long distance travel, I am done with the idea of long distance relationships. No advances in technology that can ever repair my faith on maintaining long distance relationships beyond the realm of friendship. Admittedly, however, I have met a few “nice” men, but they always live on another part of the archipelago. A couple, who hit my fetish, continue to haunt me and raised the bars a few notches higher. Meanwhile, a handful of them have been consistently communicating with me for months now. Thankfully, more choices and living in the same time zone. I have asked “Why can’t you be in the same city or locale? But then again, why should I date someone who is from the same city but constantly on night shift?” – At this point, I can hear the karst landscapes of Caramoan and Sagada rumbling about and competing for my attention and space on this article.

Having stepped into my home, putting my trusty and worn-out three-year old, red and blue knapsack two hours before writing this, I have invited you into read into something that you shouldn’t. Encyclopedia Britannica defines karst as “terrain usually characterized by barren, rocky ground, caves, sinkholes, underground rivers, and the absence of surface streams and lakes. It results from the excavating effects of underground water on massive soluble limestone.” It sounds much a description of my lovelife for the last five years – barren and rocky, full of emotional sinkholes and underground rivers of text messaging. Love or the idea of finding love has been excavating my heart since September 2009. Unlike the soluble limestone that formed the wonderful scenery of Caramoan and Sagada, my heart is not massive. It has been dwindling in size, mostly to my own doing, accompanied by a dedicated soundtrack designed to make it harder, less porous, and smaller each time.

Before some other strange fissure claims me, I rest my case here in finding love, which I have substituted – albeit temporarily – for karst. Surely, my heart has its sinkholes and underground rivers I would not dare to admit online or in private. It continues to attract tourists the way Sagada and Caramoan does, although it strangely feels like between a squirming, celestial silver carp in the ricefields of Bambang at night. The question is, do I finally begin imposing environmental fees for anyone who wants to explore it? I need such fees to help my heart regain its size. Now, I am starting to speak in hieroglyphs, fresh from the night bus to somewhere closer to home.